Dee Nickerson is an artist who has the rare ability to capture a moment from everyday life in a charming, unique and recognisable way, with each painting displaying quirky touches inspired by her keen observation of people and nature.

Dee’s unique style has developed from her method of working from imagination, using symbolic icon inspired figures to create narratives within her paintings, and interpreting reality to evoke the emotions of a scene.

In each painting she manages to distil aspects from her eclectic influences, which range from the colours and patterns of textiles, to personal recollections and snippets of conversations.

Despite her keen imagination, Dee’s work is unmistakeably rooted in the English countryside in a way reminiscent of Eric Ravillious, painting her figures against a backdrop of the weather and light of the changing seasons.

Dee has exhibited widely in her native Suffolk as well as across the UK since the 1990s, and has gathered a cult following with her distinctive paintings. Her work has also been published as a hugely popular range of greeting cards by Green Pebble. 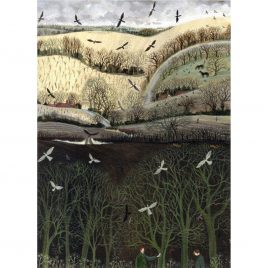 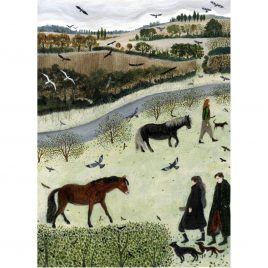 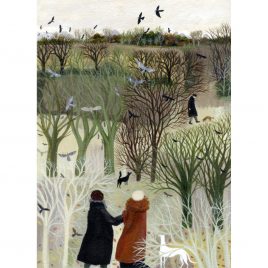 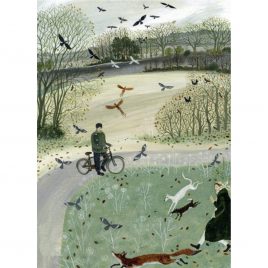 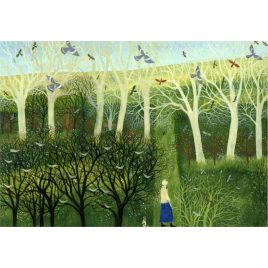 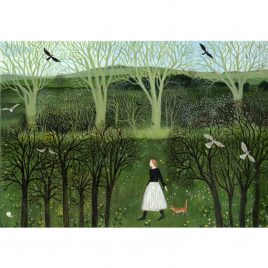