Born in 1944 in Croxley Green, Hertfordshire, Brian followed the family tradition and took an apprenticeship at the age of 16 as a letterpress engraver, later qualifying as a gravure industrial engraver. He left the print industry in 1979 to become a full time artist, working from his home in St Breward, Cornwall. Brian works in varied media, making both copperplate engravings and pastels collaged with precious metal leaf.

A slow and laborious technique, Copperplate engravers use tools to cut lines directly onto the sheet of copper. The lines engraved have very clean sharp edges, unlike etching where the lines on the plate are made using acid. This technique is what gives Brian’s work its crisp, pure appearance and characterises his exquisite, often tiny pieces of work. Brian engraves on copperplate using tools passed on to him by his journeyman during his apprenticeship. Some of his tools are over 100 years old. The tools – burins – have traditional names such as spitsticker, lozenge, square, etc. and are used to create a range of different marks and textures on the copper. Printed by hand, using a Harry Rochat press, Brian finds the discovery of the most sympathetic paper for a particular image to be highly rewarding. The paper used is mainly hand or mould made and some date back to Victorian times. His use of a single colour ink, usually black or umber, demonstrates superbly the simple line of engravings; where his work is more detailed, the use of a single ink gives the tonal illusion of colour in the print. Each print is unique.

Brian loves, and is inspired by, the work of many artists including early English romantics including Samuel Palmer and Edward Calvert. His love of the landscape and natural history is inherent in his work, especially that of Bodmin Moor with its steep hills and dramatic light where he cycles regularly.

In 2010, the ecological magazine ‘Resurgence’ (edited by Satish Kumar) wrote that ‘Brian Hanscomb is known as Britain’s leading copperplate engraver’. Brian was elected a Fellow of the Royal Society of Painter-Printmakers (RE) in 1997: he is now a Senior Fellow. Brian has exhibited widely, and his work is held in many prestigious collections in the UK and internationally including the V&A Museum National Art Library, the Science Museum Art Gallery, New York Public Library Print Collection and the National Gallery of Australia. 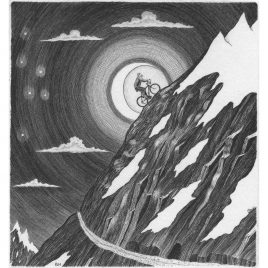 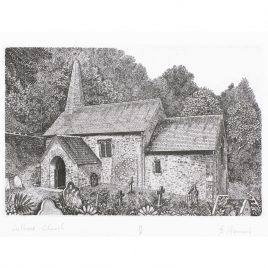 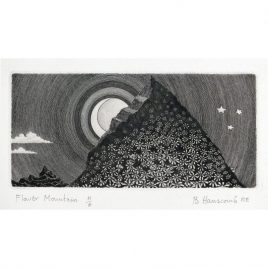 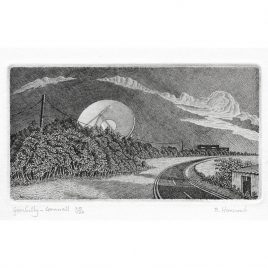 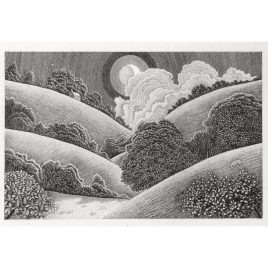 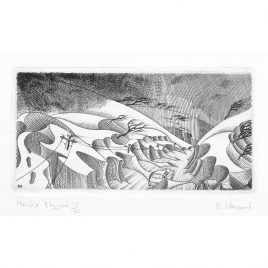 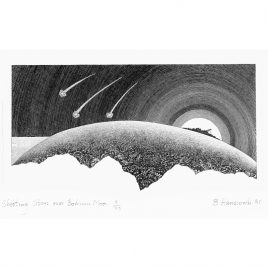 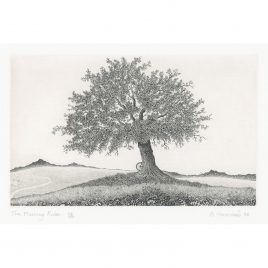 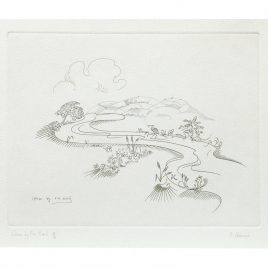 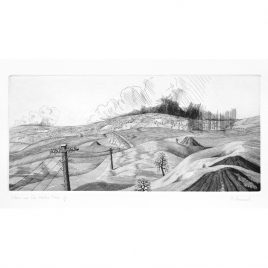 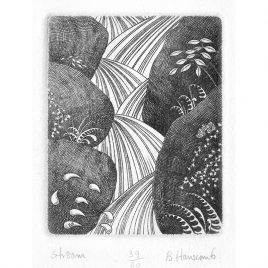